At the Jealott’s Hill International Research Centre UK in Bracknell (Berkshire) Nijssen has delivered six climate rooms. Comprehensive tests during commissioning showed the installation meets the extensive demands of Syngenta on all fronts.

The cooling installations consist of an indirect system with a water/glycol mixture. The use of water/glycol allows the temperature in the maturation rooms to be controlled very accurately. Assimilation lighting has been installed: the lighting is switched on and off in various steps, allowing a natural sunrise and sunset to be simulated. To control the relative humidity very accurately, the rooms come with two ultrasonic humidification units. The other rooms are fitted with racks with fluorescent growth lighting. Each rack has four culture levels. Lighting in these rooms can be controlled per shelf.

Syngenta can monitor and control the climate rooms in various ways. The control system is installed on an individual computer including user interface, where the rooms remotely can be monitored and controlled. Each room also has its own touchscreen for local read-out and modification.

In this project the Nijssen engineers delivered another great piece of customisation: the controls are also integrated into Syngenta’s own building management system. A modbus protocol is used to link all the set points, measurements and alarms to the central Siemens BMS Building Management System, so that the rooms can also be monitored in this way.

A thermographic camera is applied to check the insulation in each climate room. The picture clearly shows that there are no cold thermal bridges in the climate room (no dark blue lines are visible) and that the temperature is uniform throughout the room. The coldest point is measured at the ceiling exhaust, the warmest point is found at one of the lamps (see picture below left). 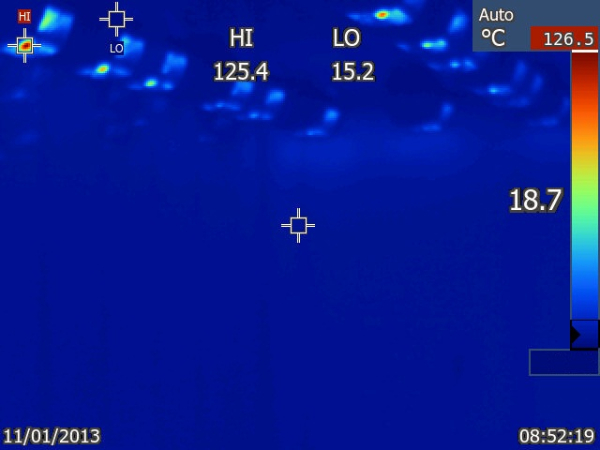 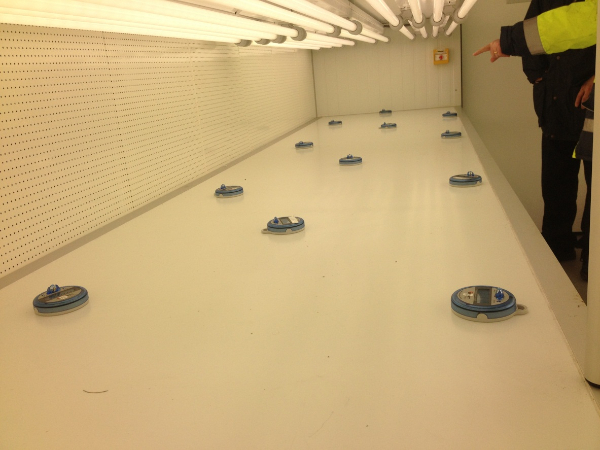 Lighting was measured extensively in all climate rooms. Measurements were performed to demonstrate that the amount of light remains within the maximum allowable deviation anywhere on the culture tables.

Keeping the temperature in the entire room constant under high thermal radiation requires extensive air circulation. At the same time, an excessive air flow causes stress in the plants. The perfect engineering set-up has proven itself through practical tests: equal air speeds were measured on the various shelves. A hot-wire anemometer was used to measure an air speed of 0.25 m/s in the Tissue Culture Room, about 20% below the set limit of 0.30 m/s. 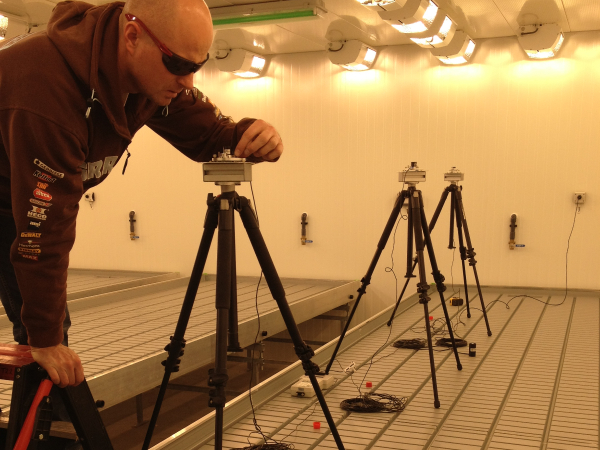 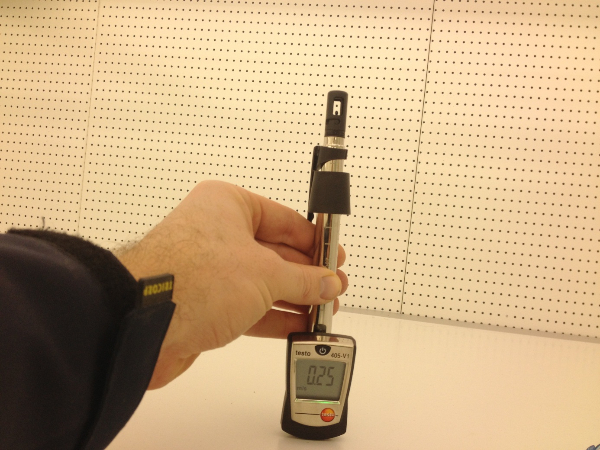 Would you like to learn more about our innovative projects? Call us at +31 71 521 62 14 or send an e-mail to This email address is being protected from spambots. You need JavaScript enabled to view it..