Enthusiastic responses to MyGrowthRoom at GreenTech 2019

June 2019 - Testing light recipes continues to be popular, as was shown during GreenTech 2019 in Amsterdam. In the Vertical Farming Pavilion was also plenty of interest for MyGrowthRoom, our multifunctional mobile walk-in climate chamber.

In the rapidly developing indoor farming market there is a great demand for a small-scale plug-and-play test facility. "Once again this year we saw plenty of new parties presenting their LED solutions at GreenTech," says Jordi Mol, technical engineer at Nijssen. “Visitors tell us that they first want to be able to test the performance on their own crops. Logical, because thousands of square meters of production space full of LED lighting is a major investment. And the choice listens closely, because every crop and every variety responds differently to a light spectrum and intensity. Moreover, experience shows that, especially with unknown suppliers, the output is not always in accordance with the specifications. So good testing pays off! "

At the trade show Nijssen presented a MyGrowthRoom unit with room for four Danish carts. The mobile climate chamber is used for many purposes - including comparing different types of lighting under exactly identical conditions. "That is important for growers and researchers who switch to a new type of lighting," says Jordi Mol. "This way, they can renew their light recipes in a controlled way and ensure that new research results remain comparable to old ones."

As an HVAC expert, Nijssen emphasizes the importance of air control in indoor farming. Adequate air control plays a crucial role in cooling of the heat produced by lighting, dehumidification, control of air composition and especially the reduction of damages by pests and diseases. "That is why we choose to blow out the conditioned air through perforated side walls," Jordi Mol explains. “That way we can guarantee a very uniform air distribution. Our customers want crops to be in the same conditions everywhere in the climate room. Our projects for international breeders, propagators and universities deal with deviations of a tenth degree. To prevent abrupt climate fluctuations, we have also built in a front area. ” 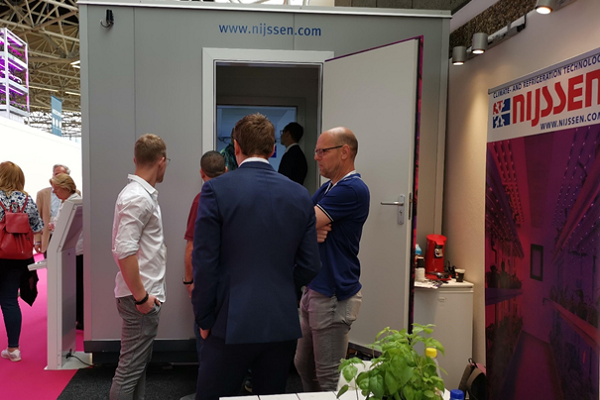 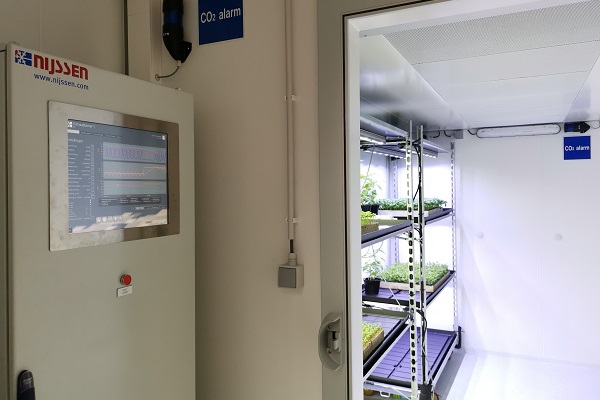 With the user-friendly Nijssen Control System, MyGrowthRoom has the complete set of functionalities that is also applied in renowned large-scale research facilities. The system features the ability for 24/7 monitoring, large-scale registration of data and facilitates extensive data analysis. Automatically controlled irrigation and group control of the LED lighting are also available.

Research facilities for breeders and propagators

In recent years, Nijssen has realized, among other things, climate rooms for large-scale new construction projects by various international breeders and propagators. The facilitilies, including phytotrons, in vitro spaces, tissue culture rooms, vernalisation rooms, seed storage rooms (with freezer) and steam cells for disinfection, are used for a large number of applications and crops. Several production areas for indoor farming were also realized.